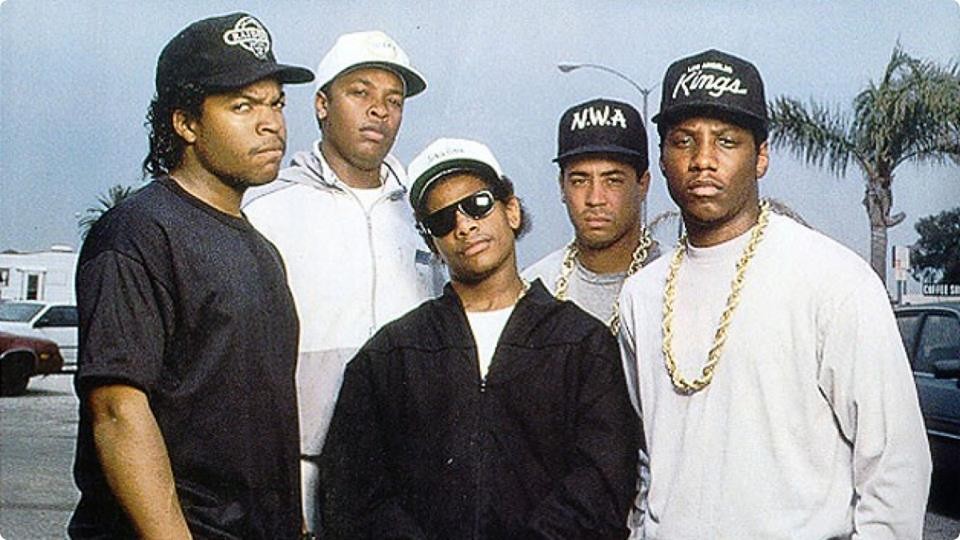 Two of the film’s six producers are ex-N.W.A members, Ice Cube and Dr. Dre. It stars O’Shea Jackson Jr., Corey Hawkins, Jason Mitchell and Aldis Hodge. N.W.A was active from 1986 to 1991.
“Can’t wait to see this movie as NWA changed culture because they actually had the cojones to report and rap about what was going on in every neighborhood around the world. Through that all cultures related to each other no matter their race, color or creed making NWA one of the most powerful groups of all time. RIP Eazy-E. Thank you #straightouttacompton for the exclusive clip Dr Dre Eazy-E Ice Cube MC Ren DJ YELLA of NWA” via Pitbull (Rapper/Artist)